(Hony) Brig. Dr. Arvind Lal, Chairman and Managing Director, Dr Lal PathLabs and Dr Om P Manchanda, CEO, Dr Lal PathLabs with the award for the winner of VC Circle Annual Award 2012 for Best PE-backed Healthcare Service Company. Dr Lal PathLabs was among the most outstanding Indian companies who had not only recorded exceptional growth in their respective industries but also had a long-standing impact on the economy in general. The awards were given across sectors in venture capital and private equity categories for their work in private equity space in 2011.

What is Newborn Screening?

Newborn screening is a set of blood tests to look for evidence of certain endocrine and genetic disorders. Newborn screening has the potential to identify risk of certain diseases before the appearance of clinical symptoms. Early detection and early treatment can prevent mental retardation, spasticity, serious illness, and premature death.

According to World Health Organisation (WHO), 140 million children are born every year, of which 5 million children die in the first month of life in the developing countries and 4 million children are born with some genetic abnormality. Whenever a child dies due to unknown cause, it is termed as Sudden Infant Death Syndrome (SIDS). It is estimated that 25-30% of such children are unable to thrive due to metabolic disorders. In other words, 25-30% of SIDS are a result of treatable metabolic disorders.  These children suffer from life threatening complications occurring as a result of disturbance in the metabolic pathway. The  diagnosis  can  be preempted  & the  complications    well controlled  by newborn screening.

A study by March of Dimes has revealed that in 2007, almost 90 percent of newborns (about 4 million babies) in the United States were tested for almost 29 genetic disorders.

People of India constitute more than one-sixth of the World’s population, but statistically they have been under-represented in newborn screening. About 4 percent of the population in India suffers from mental retardation and 5-15% of the sick newborns have a metabolic problem. It is estimated that 1 in 2000 Indian newborns suffer at birth from some kind of metabolic disorder. The World ratio for the same category is 1 in 3600.   An estimated 3,90,000 children with G6PD deficiency and 9760 with aminoacid disorders are born in India each year ( Dr IC Verma, Community Genetics 2002;5:192-196). Dr Radha Rama Devi, in her study (Newborn Screening in India. Indian J Pediatr 2004;71:157-160) observed a high prevalence of inborn errors of metabolism ( metabolic genetic disorders) to the extent of 1 in every thousand births. A prevalence of congenital hypothyroidism 1 in 1700 , congenital adrenal hypothyroidism 1 in 2575 and aminoacid disorders 1 in 3600 was observed. Dr Mamta Muranjan from Mumbai detected 13.85% of confirmed cases of organic disorders in four year study from 1995-1998 (Indian Pediatrics 2001;31:518-524).

Even if we consider a meager 2% of live births in India to develop metabolic genetic disorders, then 500,000 affected children are born every year.

Biotinidase deficiency is a disorder caused by the lack of enzyme biotinidase. Babies with partial or total deficiency need more biotin than normally found in the diet. Biotin is a water soluble vitamin of the B complex group.

Clinical manifestations – Children with biotinidase deficiency may present with clinical symptoms as early as first week of life, but usually begin to show clinical symptoms between 3 to 6 months of age. If untreated, they develop a variety of cutaneous and neurological abnormalities. Affected children usually have myoclonic seizures,hypotonia, seborrheic or atopic dermatitis, partial or complete alopecia.

Treatment if initiated sufficiently early can prevent the occurence of clinical symptoms. Once neurological symptoms appear, it is not   possible to reverse the damage with treatment. Sensorium & hearing loss is common with profound biotinidase deficiency and is usually irreversible.

Benefit of Screening: Observation at LPL is that biotinidase deficiency is the   most common disorder. Once symptoms  have occurred,  some of the findings  particularly neurologic are not reversible with therapy.

Neonates affected with SW form are at risk of adrenal crisis. Crisis can manifest as poor feeding, vomiting, loose stools or diarrhoea, weak cry, failure to thrive, dehydration and lethargy. These symptoms may not be evident until serum sodium concentrations are below 125mEq/L. Some affected infants may suffer from brain injury or learning disabilities. Female newborns affected with SW forms have ambiguous genitalia. Affected male infants  do not exhibit  any physical  signs  at birth. Therefore,  without  newborn screening & in the absence of a positive family history, all affected males and few females remain undiagnosed until adrenal crisis.

Patients affected with SV form manifest adrenal –insufficiency symptoms when subjected to stress and are diagnosed much later when symptoms of virilization, precocious pseudopuberty or growth acceleration occurs. Late discovery of correct gender can cause distress to the family and patient. Mild 21-OH deficiency produces no symptoms at birth and manifest as premature sexual hair, acne and mild growth accleration in childhood and hirsutism, excessive acne, menstrual disorder   and infertility later in life. Mild disorders may be missed by newborn screening.

Benefits of newborn screening are:

Worldwide newborn screening data has shown that screening prompted early diagnosis of CAH even before clinical suspicion in 67% of newborn infants with CAH.

Congenital hypothyroidism is caused due to deficiency of thyroid hormone since birth. CH is one of the most common and treatable causes of mental retardation. Some infants are normal at birth due to protection by maternal thyroid hormone.

Screening is performed by measuring TSH level. Some infants may have a slight increase in TSH. These patients need to be observed and thyroid function test should be repeated after a few months.

Cystic fibrosis usually presents in infancy. In about 10-20% cases, the first symptom of disease appear soon after birth.Symptoms and severity of disease differ from person to person but the  basic problem remains the same i.e. the glands which produce or secrete sweat and mucus do not function properly. This results in unusually thick mucus, which clogs lungs. Mucus also affects the pancreas  by blocking digestive enzymes, which are needed for breakdown & assimilation of food. Some patients have both respiratory and digestive problems while some have respiratory problems only.Cystic fibrosis does not affect intelligence.

Most common symptoms are:

Benefit  of Screening:  CF babies  are normal  with no evidence  of lung disease  or pancreatic insufficiency. Symptoms develop over first 3-6 months of life. By the time children are diagnosed clinically with CF, they are already seriously ill with lung disease and significant malabsorption problems. Before screening test was introduced, the average age of children without known sibling with CF was about 18 months (Wilcken B,Towns SJ,Mellis CM. Diagnostic delay in cystic fibrosis:lesson from newborn screening.

Galactosemia  is a disorder in which galactose cannot be broken down in the body. Galactose  is found in breast milk, many formulas and milk products.  Under normal conditions, galactose is released by the digestion of lactose and is converted to glucose as well as fructose in the body. In galactosemia, there is genetic defect in conversion of galactose to glucose. Increased concentration of galactose in blood can harm the baby’s eyes, liver and brain causing cataract & mental retardation. Affected infants may die in the neonatal period due to Escherichia coli sepsis or later due to cirrhosis of liver.

Newborn screening tests: Test for galactose depends on the infant’s diet; therefore it is important that the infant is receiving galactose-containing formula or breast milk before testing.

Benefit of Screening: Exclusion of galactose from the diet can prevent cataract, mental retardation and other life threatening complications. 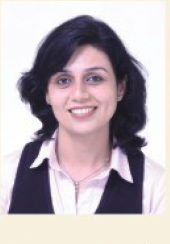 “We need to protect the lives of the single greatest asset we have as a nation and as a people—our children.”

Did you know that right now, we allow our own children to be killed or injured each year? Not intentionally or with malice, but it is done nonetheless.

Every year approximately, at least 1 in 2,000 babies is born with a treatable metabolic disorder that is likely to kill or harm the child before diagnosis. That’s an average of 1 or 2 babies affected with a metabolic disorder born each day in Delhi alone.

Measured against the backdrop of live births each year, the figure may appear “statistically” very low. But try telling that to new parents whose child may have had one or more of these disorders and who could have been saved if the disorder had been detected at birth.

The current health policies in India have typically targeted mortality and infectious morbidities but not disabilities. The diagnosis is also delayed due to lack of awareness among the professionals and of easily accessible technical expertise.

Using the newborn blood spots, a machine—in one test—can identify dozens of metabolic disorders. TMS is much faster and much more sensitive and specific (with far fewer false positive and false negative results).

TMS took the concept of piggybacking to a remarkable new level. It is important to understand that we are not talking about an additional invasive procedure or an additional test; rather, we are talking here about the same blood spot on the same piece of filter paper!

The opportunity to save thousands of babies’ lives had arrived. But what happened? Though there are no cures for any of the inborn errors of metabolism that are identified by tandem mass spectrometry, all are treatable! – usually through diet and monitoring.

Admittedly treatment is not always successful. But usually the results are remarkably good—so long as treatment begins before injury occurs.

We hope the article in this issue by Dr Manjeet Kaur will give readers a global perspective surrounding neonatal screening and also reinforce the importance of secondary prevention (identifying a disease in its earliest stages before symptoms appear) in improving the health of children.

We need not wonder how many lives will be altered if newborn screening is implemented at a larger scale. We need to remember that children and their families who are affected by screening decisions are not just statistics.

It is indeed encouraging to have received a tremendous response to the previous issue of INSIGHT and we continue to look forward to your valuable feedback and suggestions to guide us in addressing the various issues of diagnostic service.