How Fish Oil is Beneficial in lowering a Child’s risk to Asthma during Pregnancy? 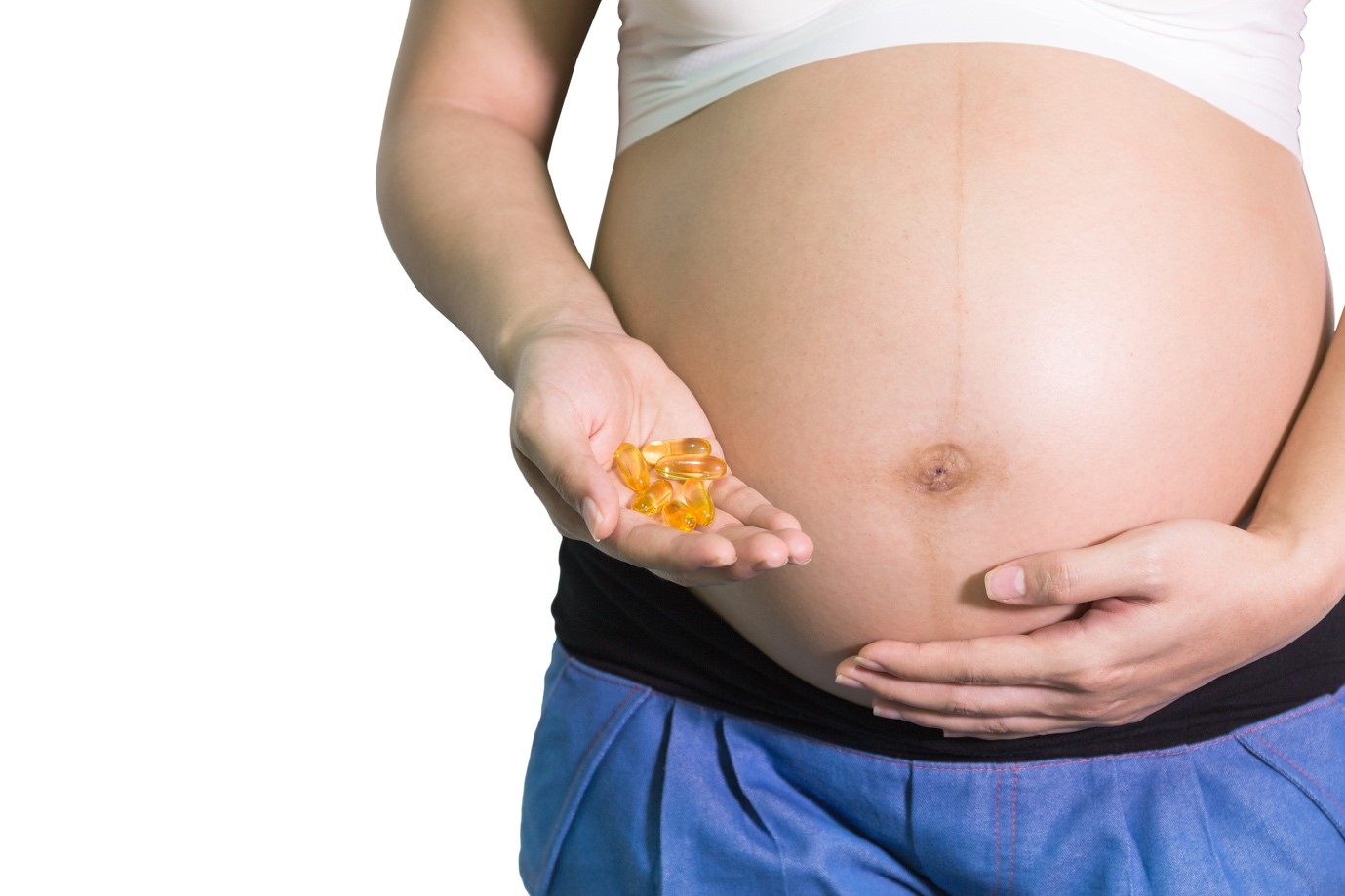 Scientific research is indeed widening our knowledge of nutritional needs during pregnancy. One of the most recent developments in this arena is the prominence of omega-3 fatty acids in the growth of a healthy baby and in the health of the mother.

Omega-3s are a clan of long-chain polyunsaturated fatty acids that are crucial nutrients for health and development of the baby. Unfortunately, these are not synthesized by the human body and therefore they must be attained from diet or supplementation.

However, the typical diet is greatly deficient in Omega—3’s. Research shows that the two most advantageous omega-3s are EPA (eicosapentaenoic acid) and DHA (docosahexaenoic acid). Although EPA and DHA naturally befall together and work together in the body, studies show that each fatty acid has exceptional benefits.

EPA supports the heart, immune system, and inflammatory response. DHA provides the brain, eyes, and central nervous system, which is why it is exclusively important for pregnant and lactating females.

Why is Omega-3 vital?

Sufficient intake of Omega-3 fats is vital to continuing the balanced synthesis of the hormone-like substances called prostaglandins. Prostaglandins help control many important physiological functions including blood pressure, blood clotting, nerve transmission, the inflammatory and allergic responses, the purpose of the kidneys and gastrointestinal tract and the synthesis of other hormones.

Depending on the type of fatty acids in the diet, certain kinds of prostaglandins may be synthesized in huge quantities, while others may not be synthesized at all. This prostaglandin imbalance may lead to diseases. The role of omega-3s in synthesizing beneficial prostaglandins can explain why they have been made known to have so many health benefits, as well as the prevention of heart related diseases, improving cognitive function and the regulation of inflammation.

High doses of omega-3s have also been used to treat and avoid mood disorders, and new studies are finding their potential benefits for a wider range of conditions comprising cancer, inflammatory bowel disease and various other autoimmune diseases such as lupus and rheumatoid arthritis.

The Benefits of Omega-3 Fish Oil

Omega-3s has been found out to be essential for both neurological and early visual growth of the baby. However, the standard diet is severely lacking in these critical nutrients. This omega-3 dietary absence is compounded by the fact that pregnant females become exhausted in omega-3s because the foetus uses omega-3s for its nervous system development.

Omega-3s are also used post birth to make breast milk. With each successive pregnancy, mothers are more depleted. Researches have confirmed that adding EPA and DHA to the diet of pregnant females has a positive outcome on visual and cognitive development of the baby. Studies have further shown that higher intake of omega-3s may lessen the risk of allergies in infants.

Omega-3 fatty acids have optimistic effects on the pregnancy itself. Increased consumption of EPA and DHA has been shown to prevent pre-term labour and delivery, lowers the risk of preeclampsia, and might increase birth weight. Omega-3 deficiency also rises the mother’s risk for depression. This may explain why postpartum mood disorders  become worse and begin earlier with subsequent pregnancies.

The finest sources of EPA and DHA are cold water fish such as salmon, tuna, sardines, anchovies, and herring. Many people are rightly concerned about mercury and other toxins in fish, especially during pregnancy. For the same reason, consumption of purified fish oil during pregnancy are often the best source of EPA and DHA. A superior quality fish oil supplement from a trustworthy manufacturer delivers the health benefits of EPA and DHA minus the risk of toxicity.

Many individuals think that flaxseed or flaxseed oil has omega-3s. But flaxseed contains the shorter-chain omega-3, ALA (alpha-linolenic acid), which is unlike the long-chain EPA and DHA. EPA and DHA are the omega-3s that our body requires for optimal health and development. While it was once believed that the human body could change ALA to EPA and DHA, recent research shows that such conversion barely and inefficiently occurs. Consumption of Fish oil during pregnency is a more reliable source of EPA and DHA.

Omega-3 Fish Oil and Pregnancy: Benefits & Dosage. Omega-3 is a family of long-chain polyunsaturated fatty acids that are important nutrients for health and development. Unfortunately, these are not produced by the human body and therefore must be gained from diet or supplementation.

The above are fish oil benefits in pregnancy.

Superior fish oil is safe to take during gestation. Fresh fish can often have environmental toxins like mercury that hoard during its life span. These toxins can be almost eliminated during the production and processing of fish oil, with the use of high quality raw materials and a cutting-edge refining process.

Some varieties of fish oil are of higher quality than others. A trustworthy fish oil manufacturer should be able to make available documentation of third-party lab results that confirm the purity levels of their fish oil, down to the particles per trillion level.

Asthma is a chronic disease that implicates swelling of the lungs. Airways swell and check airflow in and out of the lungs, making it difficult to breathe. The word asthma is derived from the Greek word for “panting.” People with asthma pant and wheeze since they cannot get sufficient air into their lungs.

Normally, when you breathe in something irksome, or you do something that causes you to require more air, like workout, your airways relax and open. But with asthma, muscles in the airways stiffen, and the lining of the air passages surges.

Asthma is the most common lasting childhood illness. About half of all cases nurture before the age of 10, and many kids with asthma also have other respiratory allergies.

Asthma could be allergic or non-allergic. With allergic asthma, an allergic rejoinder to an inhaled irritant, such as pet dander, pollen, or dust mites, prompts an attack. The immune system jumps into action, but instead of helping, it causes swelling. This is the most common type of asthma.

Non-allergic asthma does not include the immune system. Attacks can be caused by stress, anxiety, cold air, smoke, or a virus. Some people have signs of it only when they workout, a condition known as exercise-induced asthma.

While there is no medicine for asthma, it can be controlled. Patients with moderate -to- severe asthma should use orthodox medications to help control symptoms. Complementary and alternative therapies, used under your medic’s supervision, may also help, but should not replace orthodox treatment.

Most people with asthma go for periods of time sans any symptoms, then face an asthma attack. Some people have chronic loss of breath that tends to get worse during an attack. Asthma attacks can last from a few minutes to several days, and could become dangerous if airflow to the lungs becomes strictly restricted.

Asthma is most likely caused by numerous factors. Genes play a vital part. You are more likely to get asthma if others in your clan have it. Among those who are vulnerable, being exposed to environmental factors, such as allergens, substances that cause an allergic reaction, or infections, might rise the chance of developing asthma.

The following factors might increase the risk of developing asthma:

There are some important asthma tests your doctor will prescribe while diagnosing asthma. Some asthma tests, such as lung (or pulmonary) function test (LFT), measure lung function. Other asthma tests can help conclude if you are allergic to specific foods, pollen, or other particles. Blood tests give a clear picture of your general health; specific tests also measure levels of immunoglobulin E (IgE), a vital antibody that’s released throughout an allergic reaction. While everyone synthesize IgE, people who have allergies synthesize larger quantities of this protective protein.

Spirometry is a simple breathing test that assesses how much and how fast you can exhale out of your lungs. It is often used to determine the quantity of airway obstruction one has. The methacholine challenge test may be done if your symptoms and screening spirometry do not clearly or persuasively diagnose of asthma. Your doctor will know which test is best for you.

While a chest X-ray is not considered as an asthma test, it could be used to make sure nothing else is the cause for your asthma symptoms. An X-ray is an image of the body that is produced by using low doses of radiation to see internally. X-rays are used to diagnose a wide range of conditions, from bronchitis to a fractured bone. Your medic might perform an X-ray on you to see the structures inside your chest and lungs, including the heart and bones. By taking a look at your lungs, your medic can see if asthma is likely to be the cause your symptoms.

Evaluation for Heartburn and GERD

Gastroesophageal reflux disease, generally known as GERD, is another condition that may worsen asthma. If your doctor doubts this problem, he or she may recommend specific tests to look for it.

An additional consumption of fish oil during pregnancy may considerably reduce the risk of asthma in children. Omega-3 fatty acids are one of the two major types of polyunsaturated fat. They can be found in certain foods items such as flaxseed and fish, as well as in dietary supplements such as fish oil. These are hereby the benefits of fish oil in asthma.

The reason fish prevents asthma attacks has to do with the effect of eating fish on inflammation. Fish has fatty acids that can help the body to regulate inflammation. If you have asthma, your body has a chronically unstable immune response to the outside environment. The above are the fish oil benefits for asthma.

How Fish Oil is Beneficial in lowering a Child’s risk to Asthma during Pregnancy? was last modified: March 17th, 2018 by Team Dr Lal PathLabs