8 Most Common Causes of Miscarriage 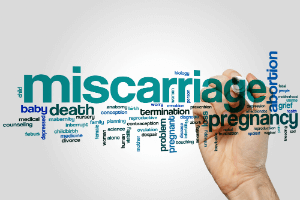 While women have been blessed with the ability to bring new life into the world, it is also a fact that there is always an unexpected risk of something going wrong. The worst can be a Miscarriage i.e. the loss of a foetus before the 20th week of the pregnancy. It is reported that more than 80% of the miscarriages occur in the first three months of pregnancy and can emotionally shatter the expecting parents. The causes of miscarriage are many, the most common are uterine abnormalities, infection, a medical condition like diabetes, or thyroid, etc. According to a non – profit organization, 10-15% of all known pregnancies end in miscarriage.

There are several Risk factors lead to miscarriage. Some of them are:

The primary goal of treatment during and after miscarriage is to prevent haemorrhaging and infection.

Psychological Effects of Miscarriage during pregnancy

The mind of an expecting mother prepares and waits eagerly for her new-born baby. When this fails to materialize, it leaves a woman with a void and extremely emotional and vulnerable situation. The feeling is more acute in the case of a planned baby. The reason why most doctors ask patients to wait for some time post miscarriage, is because to heal them emotionally.

A beneficial way to overcome the shock is to take proper counselling. There should be a mutual conversation and interaction between the partners about their feelings and emotions. Even talking to the people who have had a prior experience of this problem helps a lot.

The prevention of a miscarriage is difficult unless the doctors have been able to identify a preventable cause well before the miscarriage. Apart from this, one has to keep in mind strictly the symptoms and causes of miscarriage and in order to avoid the unexpected fatal consequences.