The Battle with Breast Cancer

Cancer occurs when cells of your body start growing out of control. These cells can form a tumor usually, which can be felt as a lump or can come up on an X-ray. This tumor is cancerous (malignant) if the growth in cells affects tissues in the surrounding area (invade), or even spread to various distant parts of the body (metastasize). Breast cancer can affect women and men, but is much rarer in men (and just as dangerous).

There are numerous ways in which symptoms can come up with breast cancer, and regular screening and check-ups are needed to keep a look out for symptoms.

Some of the warning signs which can act as common symptoms for breast cancer are: 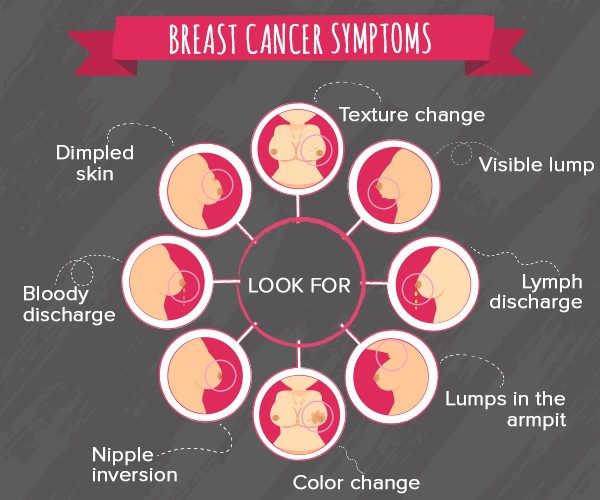 Not all lumps are symptoms of breast cancer

In India, 1.45 Lac new cases and more than 70,000 deaths for breast cancer were reported in 2012. 1 in 28 women is more likely to have breast cancer in her lifetime, overall. Urban areas see increased rates of 1 in 22 women, while in rural areas, this number drops to 1 in 60 women.

Checking for symptoms of breast cancer must be actively done regularly for early detection and fast treatment. The most common symptom of breast cancer is the formation of a lump or a new mass in the breast. If a hard mass combined with irregular edges is felt, chances are it is likely cancerous.

You can see all the medical tests for breast cancer here: https://www.lalpathlabs.com/test-for-breast-cancer.