Is it Safe to Drink Alcohol during Pregnancy? 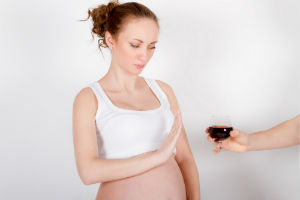 Whether or not women should drink alcohol during pregnancy has been debated for long. Several studies have conducted regarding this issue, but none has come up with any conclusive result. During 1950’s, there used to be no reason to worry for the pregnant women to go for a drink or two or having light drinking. Also later in the 1960’s, some doctors, advocated in favour of drinking during pregnancy as they believed that, it helps in avoiding premature labour.

But in the 1970’s, drinking alcohol during pregnancy was declared harmful for the baby. It was believed that drinking could cause malformations or abnormalities in the embryo.

Though the guidelines regarding consumption of alcohol have continuously been changes over time, the fundamental question has never been categorically answered.

Effects of consuming Alcohol during Pregnancy

Alcohol is a toxin. It is very much understandable that, whatever the mother eats / drink, it travels in the bloodstream and reaches to the baby through the placenta via feto- maternal circulation. The toxic chemicals may cause sudden fatal demise, miscarriage, and low growth.

Consuming alcohol increases your baby’s chances of having the following listed problems:

The primary effect of FADS is that it usually lasts lifetime. It doesn’t matter if you are a binge drinker or heavy drinker, alcohol during pregnancy increases the chances of risk by 10%.

An Associate Clinical, a professor of obstetrics and gynecology, stated that during pregnancy, the brain of the baby constantly develops. Therefore consumption of alcohol during pregnancy may have an adverse effect on the development of the baby as it is well known that, alcohol directly affects the cells of the brain.

Experts have also stated that Alcohol must be considered forbidden for those women who are suffering from liver problems, have any previous history of addiction, or are under any medication, such as- antidepressants, etc. It is also suggested that the women who are breastfeeding should abstain drinking.

What about light drinking in pregnancies

The department of health recommends that women should avoid alcohol completely throughout pregnancy. This advice is also applicable to those women who are trying to conceive.

What can be drunk instead of alcohol?

Alcohol and pregnancy cannot go hand in hand. There are numerous ways that can be done instead of drinking. Some of them are- replacing the glass of beer or wine with other stress-reducing methods such as- taking a warm bath, listening to soft music, beauty treatment, doing exercise, reading books and much more.

To conclude, till the time researchers come up with clear evidences, pregnant women have to judge for themselves regarding the future consequences of consuming alcohol during pregnancy.

Is it Safe to Drink Alcohol during Pregnancy? was last modified: March 17th, 2018 by Team Dr Lal PathLabs