What are the causes of Diphtheria? 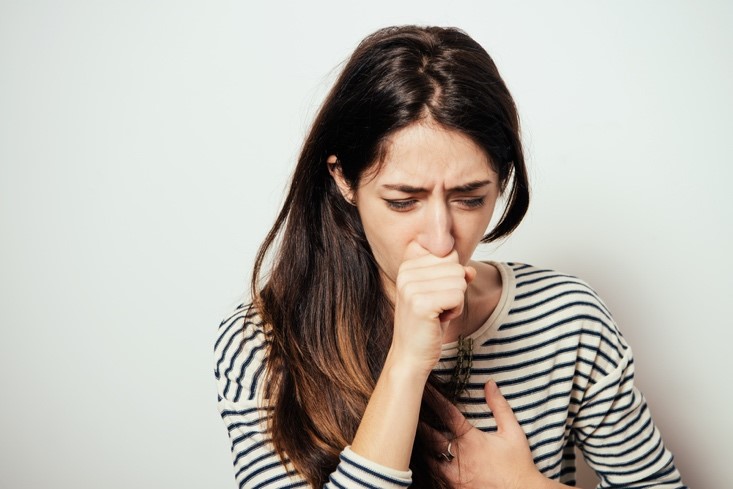 Diphtheria is a severe bacterial disease that affects the mucous films of the throat and nose. Though it spreads effectively from one individual to another through different mediums, diphtheria can be prevented by the use of vaccinations. At the same time, if it’s not treated on time, diphtheria can cause serious damage to the kidneys, the heart and the sensory system of the body. It is life-threatening in nature but in only about 3 percent of cases.

Here in this blog, we shall be covering Diphtheria in its totality – from its causes, to symptoms, risk factors and even Diphtheria diagnostic test.

Diphtheria is an infectious disease which is caused by bacterial microorganisms, known as Corynebacterium Diphtheriae. The prefix ‘coryn’ is a Greek word that stands for club as this bacterium is club-shaped. The word ‘diphtheria’ also has Greek origin and means leather. It is a non-encapsulated, non-motile and gram-positive bacillus which is mostly found in soil and has pathogenic members like Mycobacteria and Streptomyces. The infection mostly occurs during the spring or the winter months. Without any antibiotic treatment, it becomes contagious in nature and can cause major complications in the body.

People often catch Diphtheria while using an infected patient’s used tissues, drinking from his/her unwashed glass or coming into close contact with other things which are bacteria-laden in nature.

The toxin/poison released by the bacteria that causes Diphtheria damages the healthy tissues of the respiratory system. Within a couple of days, the dead tissues of the respiratory system form a gray, thick coating that grows in the nose or the throat. This coating is known as Pseudomembrane. This membrane is the telltale symptom of Diphtheria. By covering tissues of the nose, voice box, throat and tonsils, it makes breathing and swallowing extremely difficult. In certain cases, these toxins can also cause damage to other body organs, including the heart, kidneys and the brain, which can potentially cause fatal conditions like myocarditis, kidney failure, and paralysis.

Though Diphtheria can be prevented and treated with vaccines and antibiotics, it is important to note that if left untreated, Diphtheria can lead to serious health complications, such as:

The cause of Diphtheria, Corynebacterium Diphtheriae, produces a toxin which damages the tissue of the immediate area of infection. The infection produces Pseudomembrane which can obstruct proper breathing.

The toxin produced by Pseudomembrane may spread through the patient’s blood and damage other tissues in the body like the heart muscles, which can further cause inflammation of the heart muscles. The damage to the heart by this condition may be slight or severe; ranging from minor discomfort to major complications like congestive heart failure or sudden death.

The toxin can cause damage to the nerves as well, with throat nerves being the main targets. Poor nerve conduction in the throat nerves can cause trouble in swallowing. The nerves of the legs and arms may also get affected and cause muscle weakness. If the nerves that control muscles used in breathing get damaged by Corynebacterium Diphtheriae, the patient is likely to experience trouble in breathing.

Now that we have understood the common causes of diphtheria, let’s look at its symptoms. Diphtheria symptoms often appear within two to five days after the infection occurs. While some people do not experience any visible symptoms, other face mild symptoms which appear similar to that of the common cold.

When the bacteria that causes Diphtheria gets inside the body and attaches itself to the lining of the respiratory system, it produces a toxin that causes a lot of discomfort to the infected person. These troubles act like symptoms of Diphtheria.

Common symptoms of Diphtheria include:

In some specific cases, Diphtheria causes skin infection as well. It is characterized by a sore, inflamed wound full of pus and is surrounded by skin patches. This condition is also known as Cutaneous Diphtheria.

It has also been noticed that Diphtheria causing bacteria results in mild illness or no obvious symptoms. People infected with Diphtheria who are unaware of their condition are known as the carriers of the infection, as they can spread Diphtheria without being unwell themselves.

Though the primary cause of Diphtheria is a bacterium known as Corynebacterium Diphtheriae, there are certain other factors that put an individual to a high-risk zone. These include:

Initially, Corynebacterium Diphtheriae was responsible for endemic as well as epidemic diseases. It was a leading cause of death in children as there were no antibiotics or Diphtheria diagnostic tests to cure the disease.

It was also impossible to remove the membrane as it developed its own blood supply. Removing the membrane surgically often resulted in severe bleeding and death of the children. Without any treatment, many children suffocated to death over a period of time. Toxins from the bacterium sometimes resulted in the partial paralysis of patient’s facial muscles. This condition was called the ‘diphtheritic mask.’ In this condition, death was usually imminent.

In 1892, the first antiserum for Diphtheria was developed by Emil Von Behring and was used commercially. He received the first Nobel Prize in medicine in 1901 for this remarkable discovery. He is also referred to as ‘savior of children’ and is known as the founder of the study of immunology.  Later in 1923, Alexander Glenny, Barbara Hopkins and Gaston Rampon developed a vaccine for Diphtheria. This was a huge milestone in the world of medical history as it led to a considerable decrease in the number of cases of Diphtheria. Doctors prescribed the vaccination after Diphtheria diagnostic test which greatly helped the Diphtheria patients.

Now that we’ve established the symptoms and causes of Diphtheria, let’s move towards the preventive measures to avoid Diphtheria. Like any other disease, prevention is the best cure for Diphtheria. As explained earlier, the cause of Diphtheria is Corynebacterium diphtheriae; so the best Diphtheria prevention is vaccination that averts the entry of the cause of this fatal disease in the human body. It is also essential to note that people who care for patients suffering from Diphtheria must maintain hygiene around them. This includes washing hands frequently, specially before handling, preparing or eating food.

Thanks to vaccination, Diphtheria can easily be prevented now. But it’s still an extremely dangerous disease that demands immediate attention. Hence, it is advised to have a complete understanding and knowledge of the symptoms and causes of Diphtheria so that one can go for the Diphtheria diagnostic test, if required.

–    Medical history of the patient by checking the immunization status

–    Swabs of the throat or wound for lab testing

To diagnose Diphtheria, a doctor performs physical examination which includes checking swollen lymph nodes, and gray coating on throat and/or nostrils. Post a physical examination, a Diphtheria diagnostic test is suggested which includes sample test of the affected tissue and observing it in laboratory conditions. Throat culture is also a part of Diphtheria diagnostic test which is recommended if the doctor suspects Diphtheria of the skin.

Diphtheria is life-threatening in nature and approximately 3 percent people affected are prone to the risk of losing their lives. Though recovery from Diphtheria is often very slow, most people can defeat the disease with proper treatment and vaccination. It is, therefore, imperative to go for a Diphtheria diagnostic test to avoid any fatal complications and lead a healthy life.

What are the causes of Diphtheria? was last modified: March 17th, 2018 by Team Dr Lal PathLabs