What are the causes and symptoms of chicken pox? 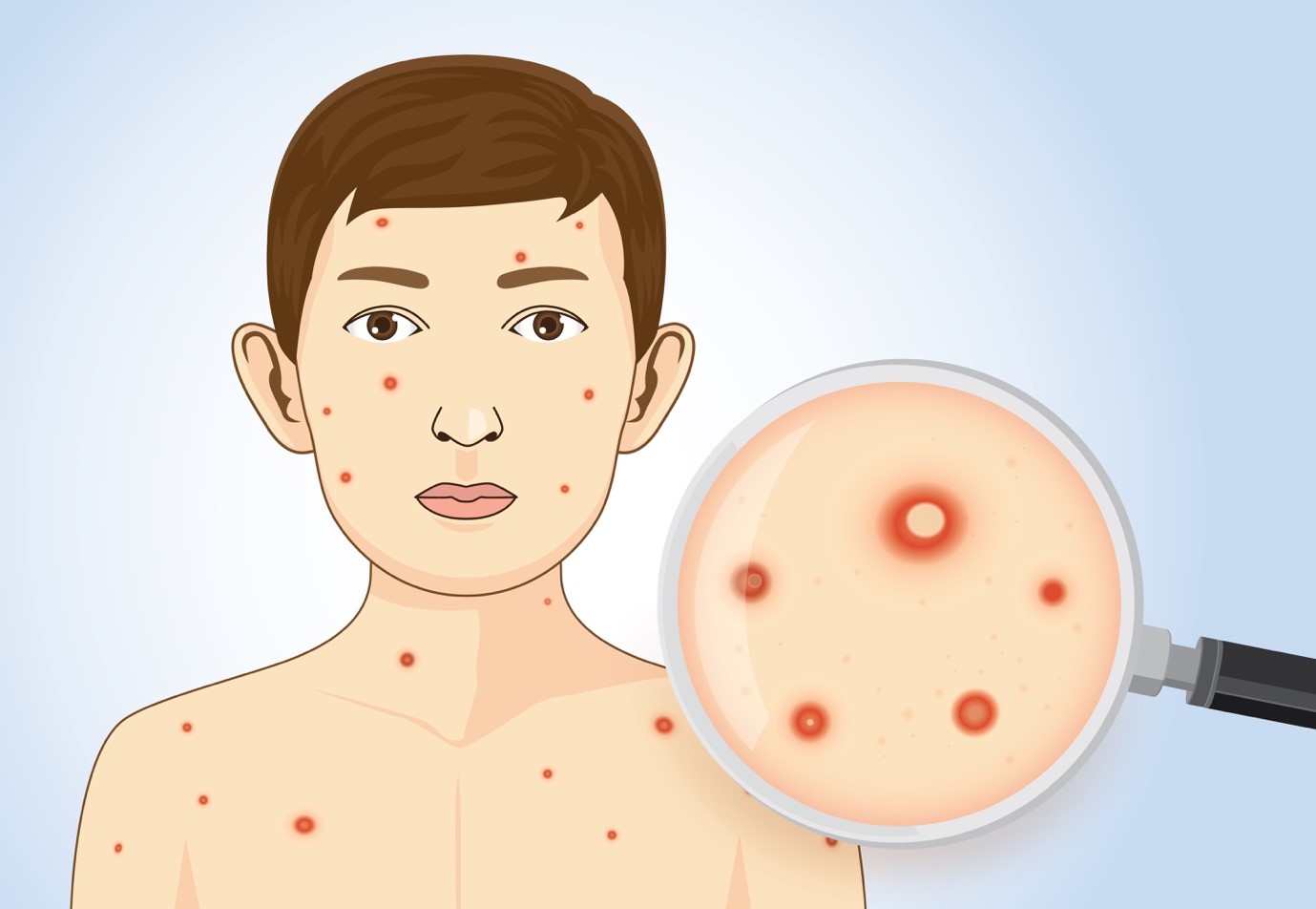 Chickenpox is a viral disease caused by the virus varicella zoster. It’s a common infectious illness that’s characterised by itchy red rashes, which later, with the progress of the disease, turn into blisters and scabs. These tend to appear all over the body. Once suffered, it is believed that an individual develops a lifetime immunity against chicken pox and may not experience it again. However, in some rare cases, the virus remains dormant in the body, and actives at a later stage if it gets the right conditions to life-up. Furthermore, symptoms of chickenpox are quite prominent and must not be ignored. A test for chicken pox is imperative.

Who is more prone to Chicken Pox?

Chicken pox is known as a childhood disease and hence, is most common amid children. It’s usually mild in nature, but there’s a risk of a child suffering from serious complications, such as bacterial pneumonia, if the ailment is not treated properly and on-time.

The situation amid infants and adults is opposite. It’s more painful and daunting. Chickenpox is usually curable in nature and, as defined above, offers the body a lifetime immunity against its own virus – varicella zoster, it can, however, become chronic and prove fatal in case of pregnant women, new born babies and other individuals with a weak immune system. In the case of a pregnant woman, the risk of developing pneumonia is high. Furthermore, the risk of the mother passing the virus to her unborn baby is also quite high.

It is only after 7-21 days of being infected that the virus of chicken pox that its symptoms start to appear. During the initial stage a patient may feel feverish, tired, nauseous or lose his/her appetite. But, at a later stage major chicken pox symptoms start to propel. About two days post exposure to the above mentioned symptoms, the rashes typically begin to develop. They go through three different phases before the body recovers from the disease. These phases are as follows:-

It’s quite vital to note that not all chickenpox bumps go through these three above-defined phases at the same time. Many new bumps start to appear when many old ones scab down. An infected person must steer away from others until all the rash bumps disappear.

Also, physicians all across the nation advice that as soon as an individual witnesses early signs of chicken pox symptoms, he/she must get a test for chickenpox done right away so as to confirm or deny the disease and further, get treated to avoid fatal consequences. Most doctors recommend ‘Varicella Titer Test’ to determine whether the body has previously been exposed to the virus or not, and thereby, to check the body’s immunity to the disease.

What are the common Chicken Pox Causes?

As mentioned above, chicken pox is a viral infection that’s caused by viruses of varicella zoster –extremely contagious in nature. Usually people who have already had the disease once in their lifetime become immune to it forever. It is those who either have not been infected before or those with a low immunity level, are likely to suffer from the disease by coming in contact with an infected person (child or adult).

Chicken pox symptoms, just like common cold and flu, spread both, through direct contact and airborne particles from an infected person. Major sources of its transmission are as follows:-

A healthy person should avoid coming in contact with an infected person until he/she heals completely.

Chicken pox infection lasts for 7-21 days and (usually) resolves without any artificial cure or treatment. However, it is best to prevent the onset of the ailment in the first place.

Although there is no medical treatment or cure for chicken pox symptoms per se, a doctor may advise the patient on how to reduce the effect or tackle with the itchiness along with suggesting ways to make the infection less contagious, to prevent it from spreading to other individuals.

Antiviral medicines are also available, which could be prescribed to pregnant females, new born babies and adults with weakened immune systems. However, the medication would be most effective if used within 24 hours of the development of symptoms.

What are the causes and symptoms of chicken pox? was last modified: February 21st, 2020 by Team Dr Lal PathLabs