The application of Next Generation Sequencing in Cancer Diagnosis and Treatment

ONE BY ONE TESTING APPROACH vs ALL AT ONCE

Next Generation Sequencing and Cancer

However, there is a critical need for incorporating Next generation sequencing (NGS) into routine clinical practice. In this newsletter, we aim to review the advantages of NGS for the detection of mutation and personalized medicine along with its limitations.

According to Indian Council of Medical Research (ICMR) data on site specific cancer burden, in males, the most common are cancers of mouth/pharynx, esophagus, stomach, lung/bronchi while as in females, the common cancers are cervix, breast, mouth/oropharynx and esophagus

Cancers are a large family of diseases that involve abnormal cell growth with the potential to invade to other parts of the body. They form a subset of Neoplasms. A neoplasm or tumor is a group of cells that have undergone unregulated growth and will often form a mass or lump, but may be distributed diffusely. Cancer is a class of diseases characterized by out-of-control cell growth. As the cells divide during the lifetime of an individual, certain changes or mutations occur in the DNA. These changes or mutations keep on accumulating in the cell and may cross the threshold limit. Once this threshold limit is crossed, the cell division may go haywire and result in cancer.

There are over 100 different types of cancer and each is classified by the type of cell that is initially affected. More dangerous or malignant tumors form when two things occur:

A gene mutation is a permanent alteration in the DNA sequence that makes up a gene, such that the sequence differs from what is found in most people. Mutations range in size, they can affect anywhere from a single DNA building block (base pair) to a large segment of a Chromosome that includes multiple genes.

Gene mutations can be classified in two major ways: 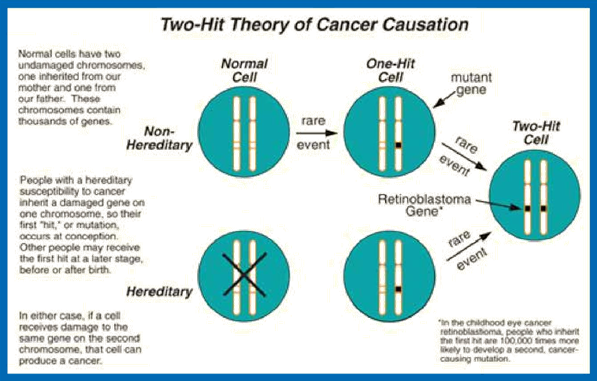 Single Nucleotide Polymorphism or SNP is a type of genetic variation, where a single letter difference occurs in the DNA sequence of an individual, when compared to others.

Here, in the given example, the first sequence differs from the second sequence only by a single letter (nucleotideT/G). This single letter variation affects many phenotypic traits, disease susceptibility/ resistance, response to drugs, chemicals, radiation etc.

Why Next Gen Sequencing?

Next Generation sequencing (NGS) is one of the most significant technological advances in the biological sciences of the last 30 years. Targeted DNA enrichment methods allow even higher genome throughout at a reduced cost per sample. NGS is now maturing to the point where it is being considered by many laboratories for routine diagnostic use. The sensitivity, speed and reduced cost per sample make it a highly attractive platform compared to other sequencing modalities. Moreover, as we identify more genetic determinants of cancer, there is a greater need to adopt multi-gene assays that can quickly and reliably sequence complete genes from individual patient samples.

Advantages of NGS practice in SMG than normal sequencing diagnosis

The tumor tissue which is extracted out, needs to undergo multiple diagnostic assays – Histopathology, IHC, Molecular and Cytogenetic tests. Thus, the sample is a very precious sample. If subjected to multiple tests one by one, the tissue becomes a limiting factor. It is thus advisable to go for all the molecular tests in one go rather than sequentially.

10ng of DNA is required for a single sequencing reaction using Sanger’s method.

The answer – Why go sequentially ( For example, if lung cancer status

of EGFR/KRAS/ NRAS/ALK/PTEN etc. needs to be known) when you can have the answer in less time and approximately the same cost, if you do a 50

EGFR mutations in the tyrosine kinase domain is a rare event in Salivary Gland Carcinomas (SGC). However, R Dashe and his group identified that EGFR mutation screening was helpful for SGC.

In his study, he had screened 25 SGC samples for the EGFR mutation. Out of 25 samples, surprisingly two samples were found to have Exon 19 deletion. Exon 19 deletion detection increases the chance of positive response to Gefitinib therapy. (Zhang et al., 2014; Jackman et al., 2006)

Cancer genomes are riddled with mutations. The challenge is of efficiently picking out the guilty drivers in the huge identification parade.

The impact of Cancer in India is far greater than mere number of cancer cases. Its diagnosis causes immense emotional trauma and its treatment has a major economic burden. The initial diagnosis of cancer is perceived by many patients as a grave event with more than one-third of them suffering from anxiety and depression.

Treatment facilities are also mostly limited to urban areas of the country. There is no uniform protocol for management and the availability and affordability of cancer treatment shows wide disparities. The majority of patients with cancer present to a cancer treatment centre in late stages of the disease (80% are advanced) and this adds to the already high morbidity, mortality and expenditure.

Treatment results are about 20% less than what is observed for similar conditions in more developed countries, mostly due to late diagnosis and inappropriate treatment. Pediatric cancers are highly curable but this has not been achieved in India due to lack of access to quality care and lack of support systems.

The application of Next Generation Sequencing in Cancer Diagnosis and Treatment was last modified: March 17th, 2018 by Team Dr Lal PathLabs