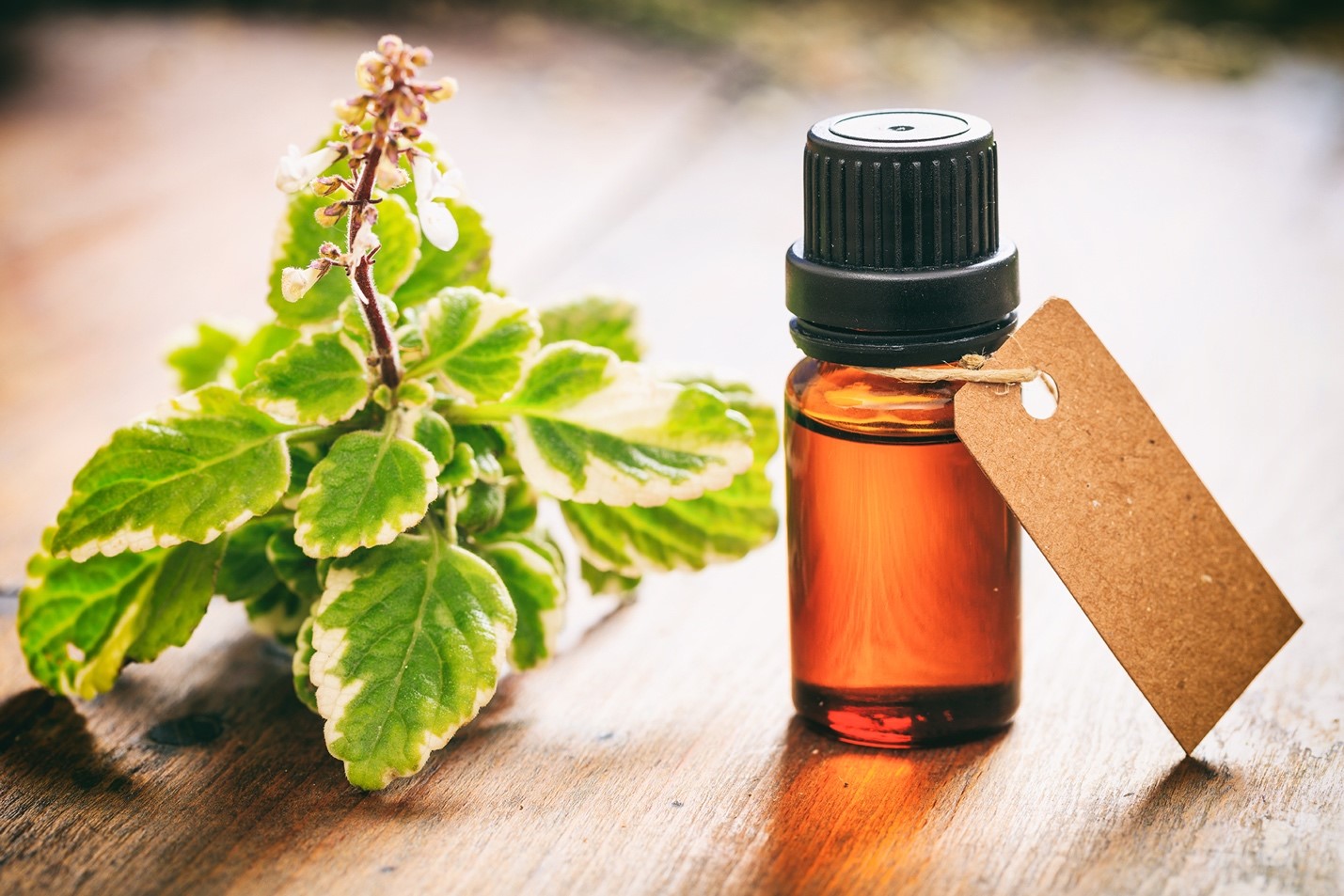 Essential oils are in use from hundreds of years for practicing aromatherapy. Their therapeutic and healing properties do wonders. They are extracted from leaves, stems or roots of plants which have medicinal value associated with them.

Frankincense, otherwise known by the name of ‘Olibanum’, originates from the Boswellia family trees especially Boswellia sacra and Boswellia carteri. The smooth white sap is separated from the tree bark which is hardened into resins. Boswellia trees develop in African and Arabian areas generally Somalia, Yemen and Oman. Oman is the best known and the oldest source of frankincense from here it is supplied to various other parts of the world such as India, China and others. The best in class frankincense are transparent, shimmering with the slightest tinge of green. In countries like Oman the highest quality is used by the Sultans, and is reserved in-house and never exported. Frankincense being aromatic in nature is burnt. It is used for aesthetic reasons, also used in therapies, meditation and various religious as well as traditional ceremonies.

In aromatherapy, frankincense oil is either breathed in to stimulate brain functions and produce a soothing and calming effect. It induces the sense of mental peace and relieves stress, anxiety. It also helps in cell regeneration as well as in keeping existing tissues and cell healthy by treating dry skin and removing the marks of scars or stretch marks. Its astringent properties help to reduce bleeding from wounds as well as strengthening the gums. Before taking any medication one must check their present health conditions by opting for a arthritis test, you can also book arthritis test online.

Benefits of frankincense oil can be obtained by applying manually, breathing it with the help of a diffuser or vaporizer. To get relief from the pain either apply it manually or massage over the affected area till the time oil gets absorbed completely. For clearing respiratory blockages or nose congestion use it with a vaporizer. You can either directly apply it to the skin or mix it with other oils used daily such as almond oil, coconut oil etc.

Frankincense is known as the king of essential oils as it has got numerous benefits and uses. Frankincense oil has anti-neurotic, anti-inflammatory, astringent, antiseptic and anti-cancerous properties associated with it because of which it is a widely used remedy from centuries. Frankincense oil for arthritis has a miraculous effect in treating it. Frankincense oil benefits were known from the time immemorial as it was used by ancient civilizations and still continue to be used in many sacred practices. According to ancient biblical times it is considered so valuable that after Christ birth is given as a gift. Due to its aromatic property it is used as a perfume during religious ceremonies. The aroma uplifts the mood nurturing the feelings of peace, relaxation which justifies its position as the king of essential oils.

For people suffering from arthritis bearing intolerable pain is more or less a routine activity. Millions of people around the globe as well as in our country are plagued by arthritis and the inflammatory conditions associated with it. Arthritis is not a disease. The term collectively is used for 100 different types of joint pain or joint diseases and related conditions. Symptoms of arthritis are intolerable pain, stiffness, inflammation and decreased movement. If not treated properly it can get worse over time. Severe arthritis makes even day to day activities troublesome.

It exhibits numerous properties which makes it anti-cancerous because of it even in the present day it is the most preferred remedy during cancer. Frankincense oil and cancer have a close link associated with it can be dated back to the pre historian days also as it has the unique property to curb infections, inflammation and improve the immune system. In many cases individuals are still unaware about its cancer fighting potential. With the help of rigorous scientific research it has been confirmed by the University of Leicester in the UK about the added anti-cancerous properties associated with it. Otherwise known as boswellia, frankincense guarantees high nutrient value as it has a special component known as acetyl-11-keto-beta-boswellic acid or AKBA. Frankincense oil is considered as the most effective remedy of ovarian cancer. Indeed even the patients who are detected with ovarian cancer in the latter stages are prescribed AKBA found in frankincense oil.

Tumor Cells that do not respond to chemotherapy are eradicated by frankincense oil. Researches in this field have shown that AKBA has demonstrated impeccable results in other forms of cancer also such as prostate, breast as well as colon cancer. Also it has been analyzed that frankincense is not only an optional treatment to go along with chemotherapy and radiation but at times it might really be the replacement of it. At times even when chemotherapy has failed to show positive results frankincense oil had been proved as a miracle remedy for ovarian cancer. It is because of the fact that cancer cells that don’t react to chemotherapy are remarkably receptive to frankincense. Frankincense oil can either be consumed orally or can be applied topically mixing it with some other oils or as prescribed by the doctor.

Aromas have a very powerful impact on our feelings and the state of mind. Essential oils are volatile in nature with aromatic molecules present in it. Aromatic molecules cross the blood as well as brain barriers which create an impact on various parts of our brain which are responsible for anxiety, depression and stress. Use of essential oils might help you in reducing stress and relaxing our mind and body but in the long run it cannot be the only cure in severe cases of anxiety or depression. The aroma of frankincense oil has a serene effect on body and mind. Also gentle and calming aroma adds to its blissfulness. It is also used in many auspicious ceremonies in different parts of the world due to its energetically cleansing nature. During meditation it is also used to achieve profound level of calmness. Another important aspect is that it has anti-depressant properties associated with it. Helping you to normally discharge and curb anxiety the main reason why you feel anxious. Releasing negative emotions which are the root cause of anxiety helps in getting rid of anxiety and stress.

There are two ways in which frankincense oil for anxiety can be utilized for curing and incorporating both the ways is highly beneficial. One of them is topical application through massage. Few drops of oil mixed with other oils and massaged gently around the neck, scalp and shoulder places where it is easier to penetrate your brain and head. On getting absorbed when it is mixed in the bloodstream it creates a sensation of calmness and blissfulness. Whereas to calm your breath or cleanse your Anahata Chakra or the Heart Chakra on an energetic level, it can be also be massaged on the chest.

By utilizing it in a smell diffuser you can artificially create surroundings of peace and calmness. As you inhale the fragrance more you will feel much more relaxed which might help you in releasing stress and anxiety. Frankincense oil for anxiety makes a huge difference when integrated it with pranayam or meditation. The best way to reduce stress in this fast paced world is by accommodating certain life style changes for a healthier and a happier life. Make sure you check the quality of the oil before using it as it can make a huge difference on the later effects. It can either be used topically or in a fragrance diffuser accordingly. The best way to deal with anxiety using frankincense oil is by combining it with meditative practices to accelerate the process.

The most effective role that frankincense oil plays is in boosting immunity, as a pain reliever, as an  anti-cancer potential as well as its anti-inflammatory properties make it a must have in your house. Diffuse, inhale, massage anything and everything will be a beneficial way to use it. Before taking any medication one must check their present health conditions by opting for a arthritis test, you can also book arthritis test online with Dr Lal PathLabs.