Pregnancy Trimesters: All You Need to Know

The typical pregnancy has three trimesters and lasts around 40 weeks from the first day of a woman’s last menstrual period. In each pregnancy trimester, the fetus will meet specific developmental milestones. Infants delivered before the end of week 37 are considered premature and may have certain complications in the long term with their growth and development, as well as difficulties in breathing and digesting. 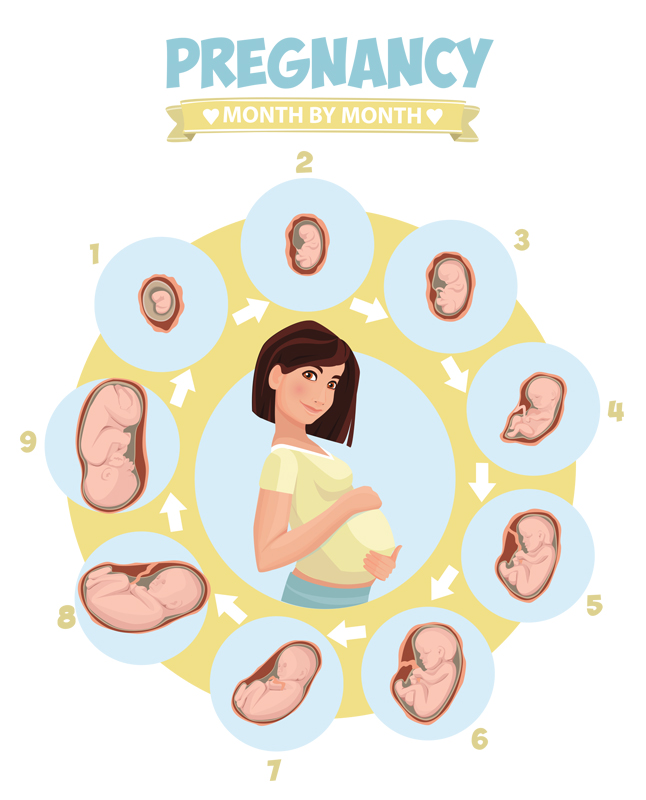 The first trimester in pregnancy may often cause unexplainable mood swings. A pregnant woman may feel delighted, anxious and exhausted, all at once. However, if the emotional fluctuation disturbs the day-to-day functioning, one may consult the general physician or a gynecologist.

The second trimester in pregnancy is typically considered the most comfortable period of time for the majority of pregnant women.

The second trimester in pregnancy is when most women can feel their baby move for the first time, usually by 20 weeks.

During the second trimester, the women experiences decreased nausea, better sleep patterns, and an increased energy level. However, a whole new set of second-trimester symptoms, such as back pain, abdominal pain, leg cramps, constipation, and heartburn may appear.

Expectant mothers may expect some relief in the symptoms of the second trimester. The mood swings aren’t that frequent, but fetal movements may make pregnant women feel overwhelmed. Emotional dependency on the partner may also increase. Some women may even experience an increased libido in their second semester.

The third trimester in pregnancy is the final stage of pregnancy. 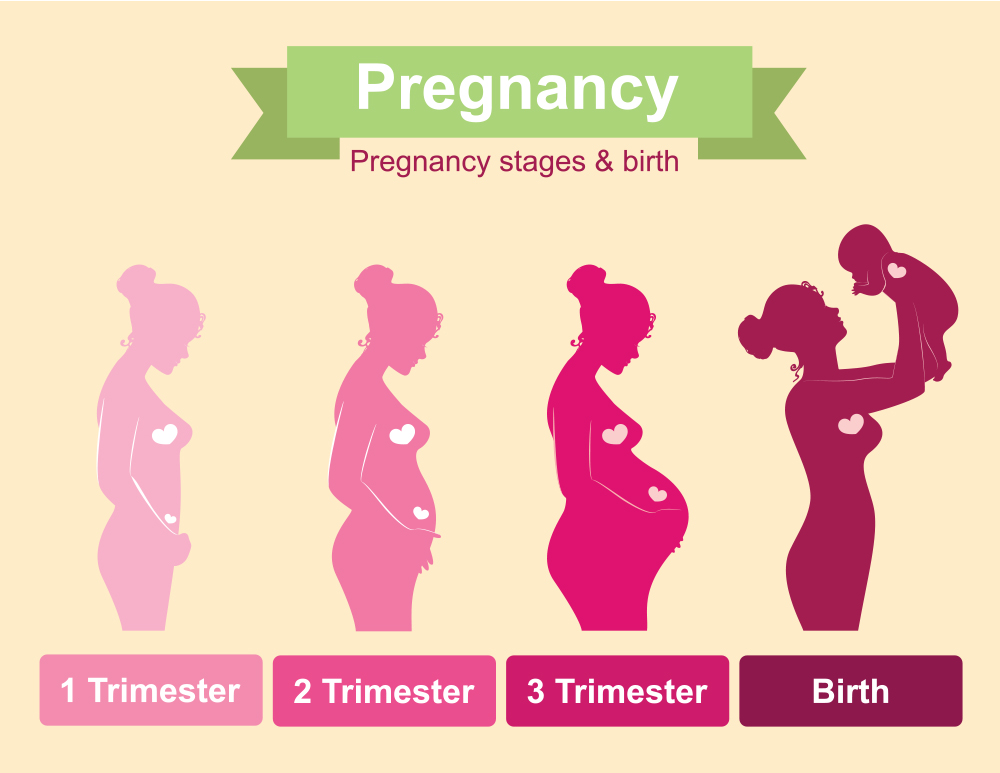 Most of the organs and bodily systems fully formed during the third trimester of pregnancy. However, the fetus continues to grow and mature. Fetus may also suck its thumb and cry. By the time of delivery, the head may turn downward, but that may vary from case to case. The lungs at the beginning of the trimesters are not fully developed, but by the time of delivery, the lungs are developed.

Some of the physical symptoms during this period include shortness of breath, hemorrhoids, urinary incontinence, varicose veins, and sleeping problems. Many of these third-trimester symptoms arise from the increase in the size of the uterus.

During different trimesters of pregnancy, the changes, symptoms may vary in each woman. It is important that expecting mothers are regularly consulting gynecologists.